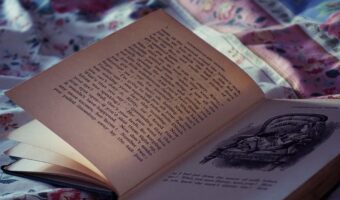 The Hare and The Tortoise

Once, a hare saw a tortoise walking slowly with a heavy shell on his back. The hare was very proud of himself and he asked the tortoise. “Shall we have a race?”

The tortoise agreed. They started the running race. The hare ran very fast. But the tortoise walked very slowly. The proud hare thinks that he already won, so he rested under a tree and soon slept off. But the tortoise keeps walking slowly and steadily until he finally reached the goal. At last, the tortoise won the race.

There was an old owl that lived in an oak tree. Every day, he saw incidents happening around him. Yesterday, he saw a boy helping an old man to carry a heavy basket. Today he saw a girl shouting at her mother. The more he saw, the less he spoke.

As he spoke less, he heard more. He heard people talking and telling stories. He heard a woman saying that an elephant jumped over a fence. He also heard a man saying that he had never made a mistake.

Once, a little mouse asked his mother, “Mother, let me go out to see the world”.

The mother mouse said, “Okay child. But, be careful”.

The mouse came out of his hole and started walking. He saw a colourful cock. As he had never seen a cock before, he got frightened by the sharp beak, colourful feathers and the red crown of the cock, He ran away thinking, “What a terrifying creature.”

After some time he came across a cat. “What a cute animal!” he thought, “So handsome fur! And striking eyes!”

When he returned home he explained his day’s visit to his mother. The mother said, “The cock is actually harmless. But the cute-looking cat is the real enemy”.

It was a dense forest. All trees were straight and tall.

Their trunks were broad and shapely. But, there was one tree which was having a crooked and shapeless trunk.

One day a wood-cutter came there. He looked around and said “I will cut all trees here, except that crooked tree. That is of no use to me”.

He cut away all other trees.

Now, the crooked tree was happy for its crookedness.

The Boy Who Cry Wolf

There was a village on the outskirts of a forest. A shepherd boy used to take his herd of sheep across the fields to the lawns near the forest.

One day he felt very boring. He wanted to have fun. So he cried aloud “Wolf, Wolf. The wolf is carrying away a lamb”. Farmers working in the fields came running and asked, “Where is the wolf?”. The boy laughed and replied “It was just a fun. Now get going all of you”.

The boy played the trick for quite a number of times in the next few days.

After some days as the boy, perched on a tree, as singing a song, there came a wolf. The boy cried loudly “Wolf, Wolf, The wolf is carrying a lamb away.” There was no one to come. The boy shouted “Help! Wolf! Help!” Still, no one came to his help. The villagers thought that the boy was playing mischief again.

The wolf carried a lamb away.