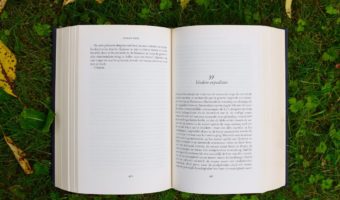 An Old Man in the Village

An old man lived in the village. He was one of the most unfortunate people in the world. The whole village was tired of him; he was always gloomy, he constantly complained and was always in a bad mood.

The longer he lived, the more bile he was becoming and the more poisonous were his words. People avoided him because his misfortune became contagious. It was even unnatural and insulting to be happy next to him.

He created the feeling of unhappiness in others.

But one day, when he turned eighty years old, an incredible thing happened. Instantly everyone started hearing the rumour that the Old Man had become happy, he doesn’t complain about anything anymore, always smiles, and even his face is freshened up.

The whole village gathered together. The villagers asked the old man about what happened.

He answers, “Nothing special. Eighty years I’ve been chasing happiness, and it was useless. And then I decided to live without happiness and just enjoy life. That’s why I’m happy now.”

People have been coming to the wise man, complaining about the same problems every time. One day he told them a joke and everyone roared in laughter.

After a couple of minutes, he told them the same joke and only a few of them smiled.

When he told the same joke for the third time no one laughed anymore.

The wise man smiled and said, “You can’t laugh at the same joke over and over. So why are you always crying about the same problem?”

A story tells that two friends were walking through the desert. During some point of the journey, they had an argument, and one friend slapped the other one in the face.

The one who got slapped was hurt, but without saying anything, wrote in the sand; Today my best friend slapped me in the face.

They kept on walking until they found an oasis, where they decided to take a bath. The one who had been slapped got stuck in the mire and started drowning, but the friend saved him. After he recovered from the near drowning, he wrote on a stone; Today my best friend saved my life.

The friend who had slapped and saved his best friend asked him; “After I hurt you, you wrote in the sand and now, you write on a stone, why?”

The other friend replied; “When someone hurts us we should write it down in sand where winds of forgiveness can erase it away. But, when someone does something good for us, we must engrave it in stone where no wind can ever erase it.”

It was an incredibly hot day, and a lion was feeling very hungry.

He came out of his den and searched here and there. He could find only a small hare. He caught the hare with some hesitation. “This hare can’t fill my stomach,” thought the lion.

As the lion was about to kill the hare, a deer ran that way. The lion became greedy. He thought that it is better to eat the big deer rather than the small hare.

He let the hare go and went behind the deer. But the deer had vanished into the forest. The lion now felt sorry for letting the hare off.