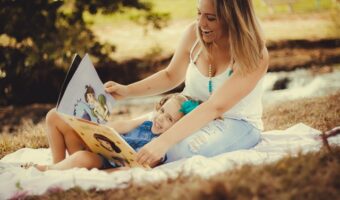 A duck sat atop its eggs. They hatched one by one and soon, there were six yellow-feathered ducklings chirping excitedly.

The last egg took longer to hatch and from it emerged a strange-looking duckling with grey feathers. Everybody thought the grey duckling was ugly, including its own mother.

The dejected duckling ran away and lived alone in a swamp until the winter came. Seeing the duckling starving in winter, a farmer took pity on it and gave it food and shelter.

However, the duckling was afraid of the farmer’s noisy children and fled to a cave by a frozen lake.

When spring came, a flock of beautiful swans descended on the lake. The duckling, who was now fully grown but lonely, approached the swans fully expecting to be rejected.

To its surprise, the swans welcomed him. He saw his reflection in the water and realized that he wasn’t an ugly duckling anymore, but a beautiful swan.

It joined the flock and flew off with his new family.

King Midas was a greedy and discontented man who loved gold more than anything else.

Once, he did a good deed for someone and a Greek god appeared before him, saying that he will be granted his heart’s desire for doing so.

Midas wished that everything he touched should turn into gold instantly. The god granted his wish.

Midas was excited and went about touching random objects, turning them into gold.

After a while, he became hungry. However, when he touched his food, it turned to gold and he could not eat it.

He was starving and dismayed that he could not eat. Seeing him troubled, his loving daughter threw her arms around him to comfort him, and she, too, turned to gold.

Midas was horrified. He regretted asking for the golden touch and realized that he had been greedy and that gold was not the most precious thing in the world.

He cried and begged the god to take back his wish.

The god took pity on him and asked him to take a dip in the river by his palace, fill a pitcher with water from the river, and sprinkle it on all the things he wanted to change back.

He followed the instructions and changed his daughter back to normal. He was very happy to get his beloved daughter back and stopped being greedy from that moment on.

There once was a mouse that had not eaten in days. He had become really thin. After a lot of searching, the mouse found a basket full of corn.

However, he did not stop eating even when he was full. The mouse ate more and more.

Now, the mouse had grown larger from all that food and could no longer fit through the hole to get out. He was worried and wondered how to escape.

A rat that was passing by heard the mouse and told him that he had to wait until he had grown thin again in order to get out. The mouse regretted being greedy and overeating.

Dongeng Bahasa Inggris #4: The Ant and the Grasshopper

A grasshopper spent the summer singing and idling away his time. Meanwhile, his neighbors, a colony of ants, worked hard throughout the summer to store food for the winter.

The grasshopper laughed at the ants and told them that they should enjoy the summer. The ants told the grasshopper that he should store food for the winter or he will starve when everything is frozen.

When winter comes, the ants were in their nest, resting and surviving on the food that they had stored. The grasshopper came to their door, hungry and cold.

He begged the ants for food and says he realized the error of his ways. The ants shared their food with him and made him promise to work hard next summer to gather and store food.

It is the story of a shepherd boy who watched a flock of sheep near his village. The area was known to have a wolf, infamous for raiding the flock and making away with a couple of sheep.

Every villager knew of the menace and was always ready to come to the aid of anyone who had a problem with the wolf. But the boy overlooked the helpful nature of the villagers, and ridiculed them.

For his amusement, he brought out the villagers, three times, by crying out for help, saying “Wolf! Wolf!”.

The ever-vigilant villagers immediately came to help him, only to find the shepherd boy having a hearty laugh. They were naturally upset when he laughed at them for getting fooled.

One day, however, a wolf actually came and started killing his sheep. This time, when he cried for help, none of the villagers came to his aid as they thought he was playing a prank on them again.

As a result, the wolf destroyed the shepherd’s flock.